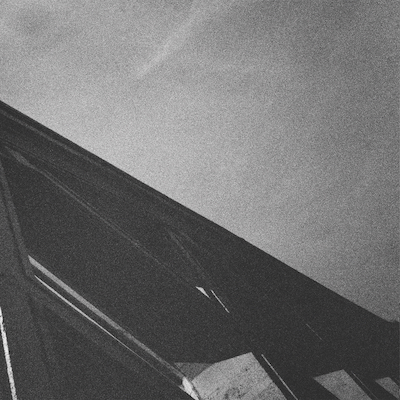 CONCENTRIC RECORDS – the new ambient / cross-genres record label established in 2020 by Simone Merli (Soundwalk Collective) and Luca Calo (Born In 1986) – launches its introductory release as a record in three parts that features a wide range of works from established pioneers as well as emerging talents, whose sound combined evokes a new and yet-to-be-determined musical landscape.

Inspired by a sense of collective movement, and spawned by the work of artists who operate in between set approaches and styles, the label releases high quality, carefully-designed physical editions of recordings that defy genres and promote inter-cultural links.

Following, the label will focus on commissioning concept-based releases and artist editions via a series LP’s, 7” and digital formats, highlighted by a special attention to artwork and photography.

Available on limited edition LP and digital, each physical album comes as a special package consisting of a gatefold with insert, white vinyl and original covert artwork by photographer Alessio Boni.

‘The Profile Of The Lines – Various Artists One’ opens with a bright and luminous sound exploring at first a narrative, musical dimension, with a moving energy. As a counterpoint, the second half takes us into an intimate and interior space, ending the album in the opposite sphere – calm and ethereal. Each track in the album is produced with a different process, resulting in a wide exploration of landscapes, tonalities and textures.

“Fading” is taken from my forthcoming album and was composed in Spring 2019 while I was working on music inspired by “The Loss of Memory” (Dementia). Very old and long-forgotten details from the past slowly come back to our minds where they remain active, while we forget the most recent memories. We are “Fading” back to our early days in childhood while we are losing present memory, cognitive skills and physical abilities we have learned during our lifetime.

‘Alluring black roses in a past dream’. Inspired by words and suspense of movie trailers form the 60’s & 70’s with a slight B movie touch.

Recorded in Berlin in July 2019, this piece is part of an ongoing process to organically blend textures of percussive and melodic synths with acoustic percussion, singing drums and its overtones.

’Beyond pattern, we are taken aback to the very beginning of development’. Created early 2014 before ”Visa” album. Music has been kept as it was originally made.

A thin elastic crust of ice, was a loop I had sitting around that took on a new context during my residency at the Banff Centre for the Arts last fall. Beyond the two ice related field recordings of mine, from Banff and Iceland, all other layers in the piece originate from a recording my friend Chris Herbert gave me a couple years ago. Variations of the recording, generated by Akira Rabelais’ Argeïphontes Lyre software, served as the basis for further processing.

Written and recorded by Hotel Neon in Dayton, OH, Philadelphia, PA, and Baltimore, MD. “Monolith” is a reflection on vast landscape, and in particular the power that high mountains have on us: motionless, timeless, and monolithic forms that still manage to play very active roles in shaping our imagination. “I knew when I had looked for a long time that I had hardly begun to see.” – Nan Shepherd

Profile Of The Lines is inspired by our collective landscape, the sense of awareness over place and belonging.
Special thanks to Jamie, Dana, Alessio, Stefan, Daniela, Samuel, Sasu, Jake, Andrew, Michael, Steven, Barbara, Eli & Linh.